Finding One’s Path through the Teachings and Example of Jesus

Since 1999 our mission has taken us into North Texas juvenile detention facilities where we engage incarcerated youth in what can be a life-changing educational program.

The Faithful Friend organization trains and provides service dogs through a remarkable process that uniquely benefits At-Risk Youth and U.S. Veterans with disabilities.

Reaching At-Risk Youth at a Critical Time and Place

On the condition of good behavior and improved scholastic grades, incarcerated youth are allowed the privilege to work with and assist in some of the training of our incredibly gifted Faithful Friend canines. The youth learn valuable skills, discipline, self control and many valuable life lessons.

The Lives of Troubled Teens Cross Paths with America's Heroes

Faithful Friend service dogs walk openly into the circumstances of incarcerated teens where they are often a powerful catalyst in young lives. Once their training is complete, awaiting these remarkable canines are North Texas U.S. veterans with disabilities in need of fully-trained service dogs.

The Faithful Friend outreach program for at-risk youth has demonstrated proven results in reducing inmate violence and recidivism through programs for youth during their incarceration, partial furlough, and post-adjudication release. The path of the Faithful Friend service dog touches many lives and makes a lasting difference.

We go far and wide to answer every call possible. We educate security-cleared lay people to get involved in juvenile assistance programs in their communities and to raise much-needed financial support for those programs.

If you understand the need to reach North Texas troubled youth, consider becoming a Faithful Friend Volunteer! The gift of your time and enthusiasm can make a profound difference in the lives of young people who need your help.

Make a donation
Volunteer With Us
In this lesson

Faithful Friend service dogs provide a unique opportunity to reach at-risk youth who are in juvenile detention with very limited contact with the outside world. With 99% attendance in our non-mandatory events, the natural bond that dogs and humans share is immediately apparent in the overwhelmingly attentive participation we see in our program.

In this illustration, students are introduced to Pepper. Her English command “come” is explained. Les spells out Pepper’s assignment, which is to lie down and stay. The students’ job is to coax her to get up from her position and come to them.

To emphasize the temptations the world brings, Les hands dog treats to the students to arm them with what would be tempting to most dogs. Les highlights how to Pepper, treats are just as enticing as drugs, sex, or gang violence can be to students.

After the students call to her a few times, they usually notice she is not looking at them at all and is still lying down as previously instructed. Les has been giving her a subtle hand signal throughout the exercise, and she is watching for that signal to change.

To enliven this point, Les suggests perhaps a bigger temptation would work, so he throws a slice of hot dog meat in front of Pepper. In obedient fashion, she stares intently at the food and may even drool, but she will always stay put and look back at her master. The parallel is drawn that when focused on the temptation, our imperfect nature will cause one to fall every time. However, focusing on our heavenly Father and His Word will never lead one astray.

Les takes out his Bible and talks to the students about the importance of reading God’s Word. God’s instructions are clear, but if one never reads the Bible, it is impossible to know what is pleasing to God. More importantly, if you have no relationship with Him, how can one know His direction for life?

The world has much to offer, and the voices inside our heads may seem to be telling us what God would have us do. However, His word is as plain and clear as Les’ hand signal to Pepper. To demonstrate further, Les will ask Pepper to lie down like before. She is given same hand signal to stay, followed by a voice command to come. She will look directly at Les but will not move an inch. Les demonstrates that Pepper may think she hears Les’ voice, but she has learned to discern the true and right command, which is to stay.

“ Trust in the Lord with all your heart; do not depend on your own understanding. Seek His will in all you do, and He will show you which path to take. ”

With this lesson Les asks if the students have ever tried to teach a dog to fetch a ball and return it. Most have and many of them will laugh when Les demonstrates with Pepper a dog’s propensity to hang on to the ball instead of letting go. Les asks Pepper to drop the ball, and she immediately complies.

Les will throw the ball for her, and as she is bringing it back, Les asks her to drop it. She is again obedient and drops it. The first ball is a small, worn, dingy ball, and Les compares this ball to a bad habit. Dogs (and people) will hang on to something which they are used to, whether or not it is a wise choice. Les then demonstrates how smart Pepper is and how she has learned to drop a bad habit.

Les takes out a new larger ball and throws it for her. When she brings this one back, Les asks her to drop it. When she does, she gets a tasty treat. This shows Pepper’s understanding that there are better things to fill her life (or mouth) with if she will be obedient. Les emphasizes that when good things fill our lives, there is no room for the bad habits.

“ If any of you lacks wisdom, you should ask God, who gives generously to all without finding fault, and it will be given to you. ”

All dogs bark and Pepper will bark when a command is given either using a hand signal or verbal command. The students are asked which of the two methods they would like to see that will cause her to bark. Les gives the command and Pepper will bark but while she is barking Les will give her another hand signal to lie down and be quiet. She will drop immediately and even lay her chin between her paws.

Les speaks about how easy it is sometimes for us to lose our temper but can we turn it off as quickly as Pepper can. Les can make a humorous or serious visual lesson out of this to fit the situational need of his audience.

Click on an event below to find available volunteering opportunities

Thanks to the amazing sponsors who believe in our mission 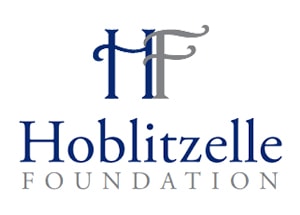 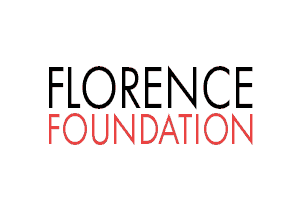 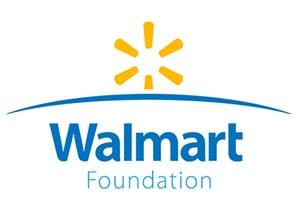 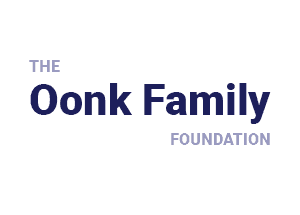 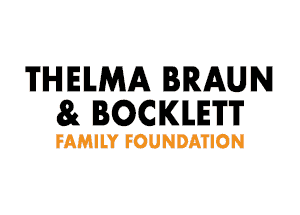 We'd love to stay in touch

Share your email with us and we'll let you know about upcoming events, volunteering opportunities, the latest news and more!